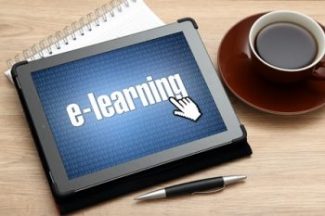 What is a narcotic?

A narcotic is a pain-reducing chemical derived from opium (or synthetically produced) with the side effects of euphoria, stupor, and insensibility.

The terms opiate and opioid are often used interchangeably, although there is a distinct difference.  But under most circumstances, either term will do.  Opiates will be used in the course to mean both opiates and opioids, unless stated otherwise.

How do they work?

Narcotics activate receptors in the body.  When these receptors are activated, there is decreased nerve transmission to the Central Nervous System’s (CNS) centers for pain processing, thus diminishing the feeling of pain.  Our brain produces natural chemicals that do the same thing, but with severe pain, we may need to take narcotics to help relieve most or all of the pain.

Take Note:  Some people have the opposite effects to sedation and euphoria.  Narcotics can cause sleeplessness and anxiety in some people.

Cause dependence and addiction

Specific drugs help overcome addiction by reducing the symptoms of withdrawal.  These drugs bind more tightly to the receptors than do the analgesics.  These drugs, called opioid antagonists, prevent the drug a patient is addicted to from binding with receptors and producing euphoria.

Buprenorphine-naloxone is used as a maintenance drug (step two) and is taken 3 to 4 days after taking buprenorphine (step one).  Prescribers must have a special DEA number to prescribe this drug.

Often, the combination of a narcotic and a nonnarcotic oral analgesic helps to relieve pain better than either agent alone.  Pain is being tackled by two different agents and less of each is required to relieve pain.