Medications for Anxiety and Panic Disorders 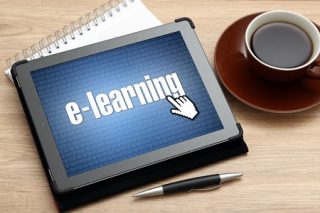 The major class of medication used to treat anxiety and panic disorders is called benzodiazepine sedative hypnotic anxiolytics. Benzodiazepines are medications that work on the central nervous system (by enhancing the inhibitory effects of GABA) and are used as sedatives (calming effect), hypnotics (sleep aid), and anxiolytics (relieves anxiety).

Benzodiazepines are not for everyday stress and anxiety; they are prescribed for chronic and/or debilitating anxiety, panic disorders, and post-traumatic stress. Because the risk of dependence is high, many doctors prescribe for the short-term only. Not every patient is an ideal candidate for these drugs; those with alcohol or drug dependence have a very high risk of becoming dependent on benzodiazepines. The elderly and others at risk for falls are also at risk because the medications may cause dizziness and impaired cognitive ability.

Benzodiazepines are fast-acting and effective at relieving anxiety, but physical dependence is an all-too-common result of continued use of the medication. Other medications may be prescribed that are not as fast-acting but are unlikely to cause dependence. These medications include buspirone, SSRIs, SNRIs, and tricyclic antidepressants.

Benzodiazepines are the first-line treatment for generalized anxiety disorder and panic disorder. These medications are also used for the following conditions:

Side Effects of Benzodiazepines

Dependence - occurs less frequently with short-term use.  Long-term users must taper off the drug gradually over several weeks to prevent severe withdrawal symptoms, including anxiety, tremors, profuse sweating, and seizures. Benzodiazepines are classified as a Schedule IV drug.

Long-term users must not stop taking these medications abruptly. Patients must slowly and gradually taper their dose in a prescribed manner in order to prevent severe withdrawal symptoms including seizures.

Toxicity -  Symptoms of overdose include marked drowsiness, lethargy, and confusion. Gastric lavage (stomach pumping) is often performed in the case of an overdose followed by the administration of activated charcoal. Flumazenil may be administered intravenously as an antidote to counteract the effects of benzodiapine toxicity.

Paradoxical Reactions - Side effect that is opposite of what is expected:  insomnia, anxiety, and rage.

May cause paranoid and suicidal ideation.